Xinomavro (or Xynomavro) is a dark-skinned grape variety widely planted in northern Greece. It is also cultivated to a lesser extent, the Macedonian Republic.

The variety is highly regarded in its native Greece as the finest red wine the country has to offer. With its characteristically high tannin and acidity, Xinomavro is structurally one of the biggest red wines in the Mediterranean, and indeed Europe. 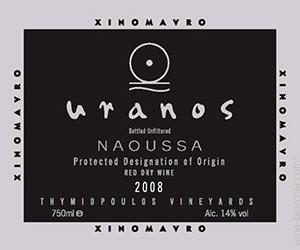 The word Xinomavro itself is a conjunction of the Greek words for acid and black, though this is often translated as black and sour. This gives some indication as to the flavor and structure of the wines made from the variety.

In youth they remain true to their name, although Xinomavro wines can age gracefully for many years. Classic flavor characteristics include prune, strawberry and sundried tomato.

The grapes themselves are blue-black and grow in tight clusters. The size of berries varies within the different clones of Xinomavro, but all vines are late ripening and of a fickle nature. Vintage variation is a significant factor to consider with regard to purchasing decisions. Year on year, the weather can play a large role in Xinomavro's quality.

Naoussa is the most important appellation associated with the variety, as its wines are required to be 100-percent Xynomavro. These are held in high regard, and along with Nemea on the Peloponnese peninsula, are considered to be Greece's greatest red wines.

Many comparisons have been made to the famous Barolo wines from Piedmont, Italy. There has even been past suggestion of a possible relationship between Xinomavro and Nebbiolo. This has been disproven by DNA testing.

However, Xinomavro is widely planted across continental Greece. It is used in various other appellations, including Rapsani on the foothills of Mount Olympus. Here, it is blended with Stavroto and Krassato to make a dense, full-bodied red wine.

Elsewhere, the variety is blended with more international varieties like Merlot and Syrah in an attempt to soften its austere nature and appeal to a wider audience. These are only allowed under the regional PGI designations as many proponents of the variety believe it should not be "diluted".

Oak maturation can help to tame Xinomavro, but care is needed as too much can overwhelm the wine. In some circles the use of oak is eschewed, with locally-grown walnut used instead as it imparts no discernible flavor.

Food matches for Xynomavro include: 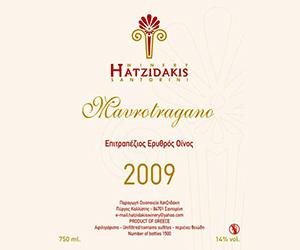 Mavrotragano is a dark-skinned variety grown exclusively on the volcanic Greek island of Santorini. Traditionally cultivated for the production of sweet red wines, it now has a somewhat cult status as a high-quality dry red.

Mavrotragano was almost uprooted to the point of extinction during Santorini’s tourist boom, when vineyard land was acquired by developers wanting to build hotels and apartments. At one stage, Mavrotragano accounted for just 2 percent of Santorini’s dwindling vineyard area – the prestigious Assyrtico was the much preferred variety on the island.

The release of the 1997 Hatzidakis Mavrotragano showed the potential of this grape and signalled a change of attitude towards it. With its thick skins and small berries, the resulting wine is dense, deep in colour with immense, but soft, tannins. The palate is full bodied, with an array of spicy, stewed fruits, laced with minerals, earth and leather. Mavrotragano’s complex range of flavours has been compared to the great Piedmontese variety, Nebbiolo.

Like many vines on Santorini, most Mavrotragano remains planted as ungrafted vines – the loose volcanic soil of the island is inhospitable for the phylloxera mite. Excessive alcohol levels, however, can be a problem if growers are not careful. Winemakers continue to experiment with viticultural techniques to fully exploit the potential of the variety.

Food matches for Mavrotragano include:

Back to POPULAR GREEK GRAPES VARIETYS : MEET THE XINOMAVRO WINE / MAVROTRAGANO WINE
Use left/right arrows to navigate the slideshow or swipe left/right if using a mobile device